Simon & Schuster is to publish the “definitive” biography of Yoko Ono by David Sheff, author of memoir Beautiful Boy.

Sheff, who conducted one of the last in-depth interviews with John Lennon for Playboy which was later released in book form. The interview was the only time that Lennon commented nearly song-for-song on The Beatles  catalog. In this new book, Sheff will explore Ono’s legacy and influence on pop culture, feminism and art. 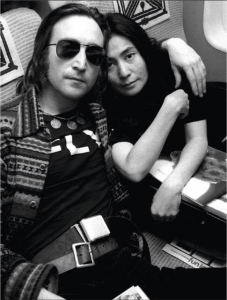 The synopsis explains: “John Lennon described Yoko Ono as the world’s most famous unknown artist. ‘Everybody knows her name, but no one knows what she does.’ Sheff has had astonishing access to Ono, as well as to her family, friends and collaborators, and will tell her full story across its nearly nine decades, from her childhood in wartime Tokyo through the London and New York years and her life after Lennon’s death in 1980.

Suzanne Baboneau, m.d. of the adult publishing division commented on the upcoming book, said: “Yoko Ono. A simple, four-syllable name that instantly conjures up an image of someone petite, silent, inscrutable, watchful. A name that summons up feelings of fascination, curiosity and a profound desire to find the truth behind the public image. David is perfectly poised to write Yoko’s story with clarity and honesty. His book will reach those of us who remember her arrival on the scene in the 1960s and it will also attract a younger audience who have no preconceptions of the past but are compelled by her artistic talent, the risks she has taken and the boundaries she has crossed, and all that she stands for on their behalf. This is a perfect marriage of subject and author and we are immensely proud to be David’s publisher once again.” 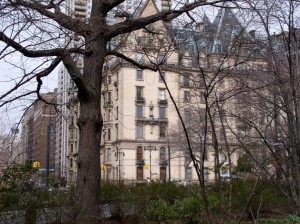 Sheff says: “In the trillions of words written about John Lennon, The Beatles, and 60s-70s-80s-90s-2000s culture and counterculture, the story of Yoko Ono has been twisted and obscured by flagrant misogyny and racism. Yoko was treated as a caricature, curiosity and, often, a villain, an inscrutable seductress and con artist who hypnotised Lennon and broke up the greatest rock and roll band in history. ‘The dragon lady from the east who kidnapped the wondrous, mythic rock and roll prince,’ as Lennon himself summed up when I interviewed him in 1980. I’m thrilled to be writing Yoko’s biography in which I’ll dispel the distortions, inventions and lies, and reveal, for the first time, her virtuosity, humor and joy, her resilience, compassion and wisdom, her triumphs and, ultimately, her genius. I’ll explain Yoko’s place in history and show her profound influence on art, music, feminism, activism and pop culture. Yoko’s story is one for our times. In a world of chaos, calamity, and despair, her message is one of hope.” 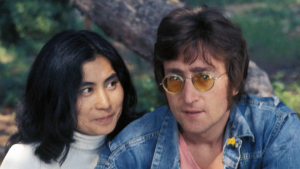 Sheff’s memoir, Beautiful Boy, was published by S&S in 2008 and became a critically acclaimed film in 2018, starring Steve Carrell and Timothee Chalamet. Sheff has authored several other works of non-fiction and, as a journalist, has written for the New York Times, Rolling Stone, Wired and Fortune. Publication for the Yoko Ono book and audio book is set for for spring 2024.