Could Ringo and Paul Come Together? New AS Band Dates!

It’s been since 2019 that Ringo and the All Starr Band played live together. Now like Paul, they’re ready to  “Get Back” to it.  Could Ringo surprise Paul on The All Starr Band 2022 reboot? It’s possible. Read more and scroll down to June 16th!

Ringo Starr has revealed the updated All Starr Band itinerary and line up for his upcoming Spring tour this May and June 2022. The All Starrs will once again include Steve Lukather, Colin Hay, Warren Ham, Gregg Bissonette, Hamish Stuart and Ringo welcomes back Edgar Winter.

The tour will kick off in Ontario at Casino Rama, which will be the fifth time Starr has launched a tour from there (previous include: 2001, 2003, 2006 and 2014). It will then continue through New England including shows in New Hampshire and Massachusetts, then stopping in New York City for three consecutive shows at the Beacon Theater, onto New Jersey, Pennsylvania, Maryland before heading south with shows in Atlanta and concluding the tour in Florida. (Full itinerary below). 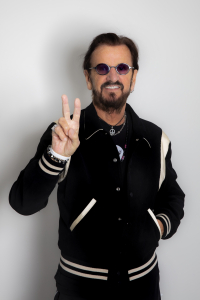 This will be the first tour for Starr since the pandemic derailed plans in 2020 and then again in 2021. In the interim he has kept very busy and released two EPs, Zoom In and Change The World, as well as two books including the limited-edition retrospective hardcover book titled “RINGO ROCKS: 30 YEARS OF THE ALL STARRS 1989-2019,” and the newly announced limited-edition retrospective “LIFTED: FAB IMAGES AND MEMORIES OF MY LIFE WITH THE BEATLES FROM ACROSS THE UNIVERSE,” both are published by Juliens Auctions, the world leading auction house to the stars.

“I can’t wait to get back out on the road and play,” said Ringo. “This is the longest I’ve been off the road in years – up until 2019 I was touring every year with the All Starrs – and I’ve really missed it. Making music in the studio has been great, and it certainly saved me during the pandemic, but nothing beats playing live with great musicians in front of an audience. I love my fans and they love me and it’s going to be wonderful to be peace and loving and playing for them again.”

Earlier in the tour, Ringo and Paul will be geographically close to each other the week that Paul turns 80 (June 18th). Some are hoping that Ringo will pay back Paul for surprising him on his 70th, by dropping in on Ringo’s concert at Met Life Stadium in the Meadowlands June 16th.

Hey why not join The Beatle Brunch Club to hear every week’s  show on-demand including all 26 episodes of Ringo Starr’s 1983 radio series, “Yellow Submarine”?

Joe Johnson’s Beatle Brunch is hosted by award-winning broadcaster Joe Johnson, who is also Music Host on the Flower Power Cruise and The 70’s Rock and Romance Cruise, and The Ultimate Disco Cruise. Joe created, hosts and produces Joe Johnson’s Beatle Brunch, a nationally-syndicated radio program on The Beatles, now in its 30th year. For exclusive access to more news and historic audio including weekly Beatle Brunch programs, Old Brown Shows, Brunch Bytes and classic radio shows, join The Beatle Brunch Club . Use promo code BRUNCHDEAL1 or BRUNCHDEAL2 for a discount on your one or two year membership. Welcome GOT BACK Paul!