“Revolver” Set to get DELUXE extras!

The suspense is over concerning which album by the Beatles will be next in line to get a remix and bonus-filled boxed-set treatment: it’s officially “Revolver.”

Apple Corps and Universal Music have been posting songs and info confirming that a deluxe celebration of the 1966 release — which, like the Beatle boxes that have preceded it, will include a Giles Martin remix — is ready to go for Beatle fans on October 28th. Giles confirmed it with a tweet over last week when he wrote:  “I really hope you all like it…. X”.

Here is Apple’s announcement on REVOLVER:

Turn off your mind, relax and float downstream…

On 28th October, The Beatles ‘Revolver’ will be released worldwide in a range of beautifully presented, newly-mixed and expanded Special Edition packages. The new stereo mix, sourced directly from the original four-track master tapes, is brought forth in stunning clarity with the help of cutting edge de-mixing technology developed by Peter Jackson’s WingNut Films Productions Ltd.

A newly remixed track has come out! Click HERE to listen to TAXMAN!

There was a listening party for some press recently and “Beatlefan” Magazine posted this:

Universal Music Group held a Los Angeles listening session for the upcoming “Revolver” release this week. Interestingly, a Dolby Atmos mix of the album was played, although that mix will not be made commercially available in the box set. Producer Giles Martin was on hand, and talked about how, previously, the problem with trying to remix “Revolver” is that, on one track, you might have drums, bass and rhythm guitar, and you couldn’t separate them. But, with the audio software developed by Sir Peter Jackson’s Wingnut Films for “The Beatles: Get Back,” they can take any instrument off a track and place it anywhere in the mix they want. In other words, the Jackson software gave them the ability to do a real remix of the album. A few of the outtakes to be included also were previewed at the listening session. Among the outtakes set for the new box set is an early version of “Yellow Submarine” that features Lennon singing the unfinished number while playing acoustic guitar — an indication he was much more involved in the song’s creation than previously had been believed. Look for the “Revolver” box set reissue to be announced officially by Universal/Apple Corps this month.

“Revolver” had been widely speculated among fans as the next in the series. Previously, the boxed sets and remixes in the series started with 1967’s “Sgt. Pepper’s Lonely Hearts Club Band” and continued chronologically with 1968’s White Album, 1969’s “Abbey Road” and, last year, 1970’s “Let It Be.” Having reached the end of The Beatles’ road as a group with that last release, it made sense that the series might go back to “Revolver,” the album before “Sgt. Pepper,” and possibly work backward in time from there — although the keepers of the Beatles’ catalog always refrain from confirming plans for future years in advance.

Klaus Voormann designed the Revolver cover, look below to see WHERE he signed it.

But, beyond any reverse-chronological planning that might be in order, it goes almost without saying that most fans were hoping “Revolver” would be next. Many consider it the Beatles’ finest work. Moreover, outtakes have not been widely bootlegged to the extent that they have with later projects like “Let It Be,” leaving enormous curiosity as to what may lie among the bonuses.

The Beatles name does NOT appear on the cover, but Klaus Voormann’s does.

Some Beatlemaniacs had been skeptical, however, that Apple would be able to produce remixes of the pre-“Sgt. Pepper” albums that match what Martin had already done with the latter part of the band’s catalog. This was due to the fact that the albums through 1966 were recorded to more basic four-track masters, where multiple instruments or vocals were often squeezed into a single track. At a time when mono was still considered the standard, the stereo mixes prior to “Pepper” often sound bizarre to the modern ear, with key elements relegated entirely to the left or right side results, which is why many Beatles fans relish finally getting a more holistic mix of “Revolver” and the albums that preceded it (although, as always, there will be conscientious objectors among the fandom), says Giles Martin in a second tweet: “It’s all going a bit immersive too….”  We can’t wait! 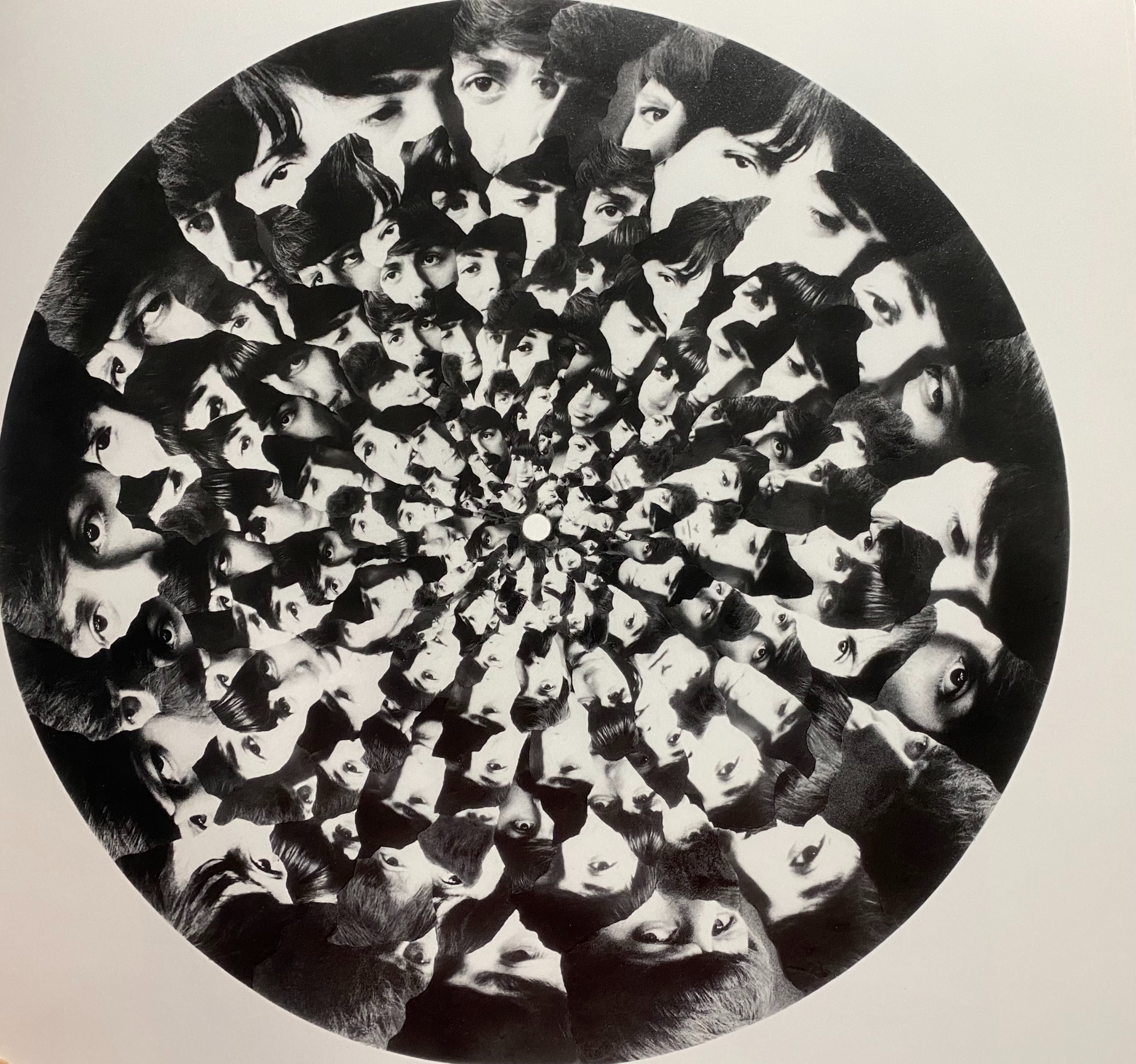 Here’s a mockup cover for the album that photographer Robert Freeman submitted in 1966. It was rejected in favor of Klaus’s pastiche of cut up black and white photo art that we all know well.

Listen to Beatle Brunch for MORE on this topic.