Beatles “Get Back” Wins Five Emmys 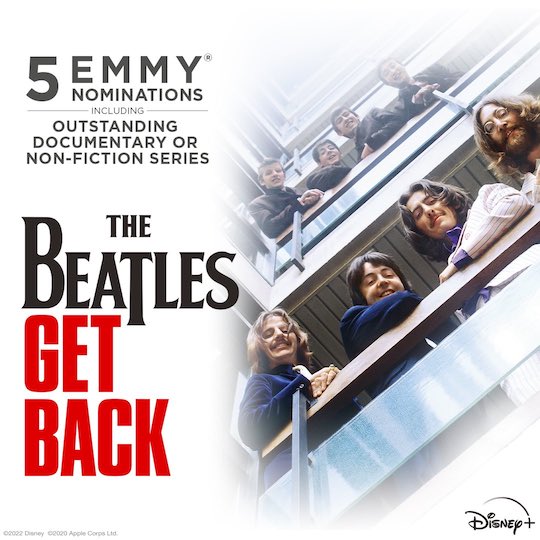 The Beatles: Get Back

Outstanding Directing For A Documentary/Nonfiction Program – 2022

The three-episode Get Back series was based on film shot by Michael Lindsay-Hogg for 1970 movie Let It Be. While the original movie as released showed a downbeat aspect to the Beatles’ closing months, the previously unseen material used by Jackson offered a far brighter look at the band’s end times.

“I’d just like to thank everyone who worked on this film, especially our family back home and our second family in London at Apple Corps,” Jackson said in his acceptance speech at the ceremony (via Deadline). “[A] big shout out to The Beatles. Thank you so much for the over 60 years of your positive, exuberant, joyous… Your music is so profound and I think it’s actually embedded in our DNA.”

On accepting his director’s award, he reflected that he’s been “an eight year old in New Zealand, a Boy Scout wearing short pants” when Lindsay-Hogg was making Let It Be. “[A]nd for reasons I don’t quite understand, 50 years later The Beatles entrusted me to take the footage and make a film,” he added. “But to be a tiny part of the Beatles’ story was a dream come true for that eight-year-old kid.”

In July Jackson indicated he and the band may work together again. “I’m talking to The Beatles about another project, something very, very different than Get Back,” he told Deadline. “We’re seeing what the possibilities are, but it’s another project with them. It’s not really a documentary … and that’s all I can really say.”Read More: Beatles’ ‘Get Back’ Documentary Wins Five Emmys | https://ultimateclassicrock.com/beatles-get-back-emmys/?utm_source=tsmclip&utm_medium=referral

The surprise offering from Rick Rubin, “McCartney 3-2-1” was up for three Emmys as well but did not win. 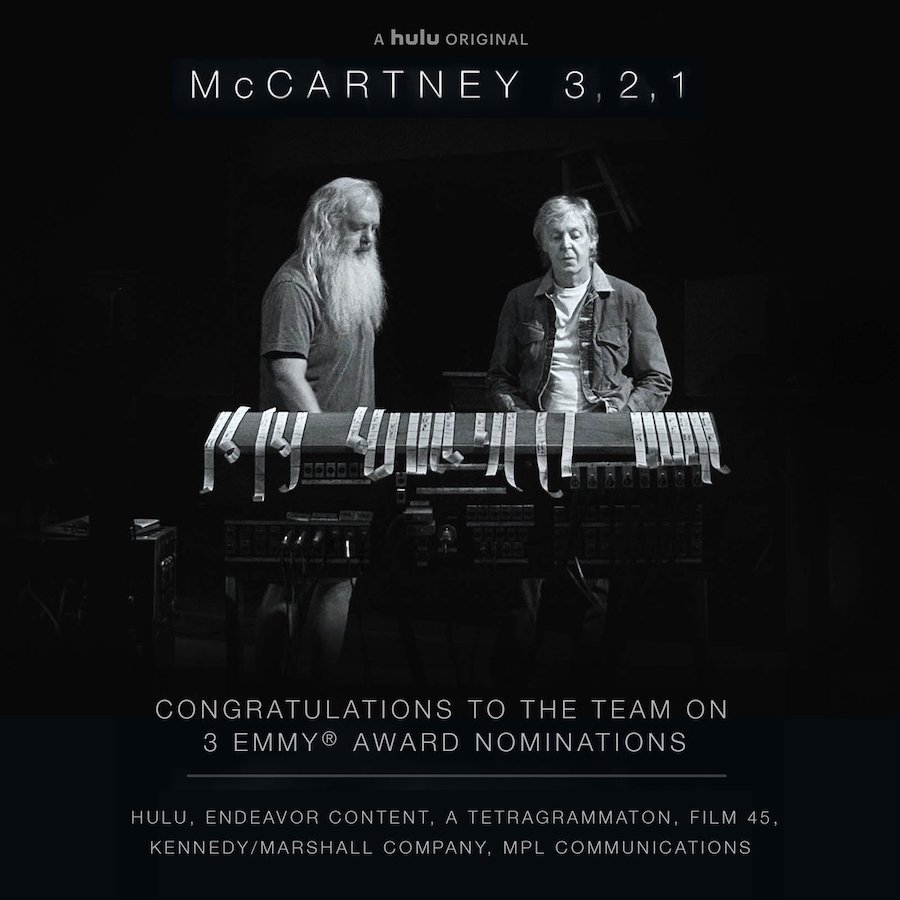 On this interview program, Sir Paul McCartney sat down for an in-depth one-on-one with music producer Rick Rubin to discuss his groundbreaking work with The Beatles, the emblematic 1970s arena rock of Wings, and his 50-plus years as a solo artist; exploring music and creativity in a unique and revelatory manner, and giving a front-row seat to Paul and Rick in an intimate conversation about the songwriting, influences, and personal relationships that informed the iconic songs that have served as the soundtracks of our lives.  The highlight of this program was listening to the solo tracks from Beatles and Wings music.

Meanwhile, Get Back, the 2021 Disney documentary was finally released (after multiple production delays) as a three-disc Blu-ray set with Dolby Atmos audio, and on DVD with extras.

Congratulations to Peter Jackson and The Get Back crew, The Beatles, Yoko Ono and Olivia Harrison, Giles Martin and many others! Listen to Joe Johnson’s Beatle Brunch for more!