Phil Spector may have been a genius record producer, but his good work was eclipsed by his public descent into madness and ultimately, murder. Spector, 81, who died January 16 while serving a 19 years to life prison sentence for the 2003 murder of actress Lana Clarkson, as a producer, transformed pop with his trademark “Wall of Sound” treatment. This dense layering of instruments bolstered the symphonic power of songs to top hits, such as The Ronettes “Be My Baby,” The Crystals “Da Doo Ron Ron,” and The Righteous Brothers “You’ve Lost that Lovin’ Feeling.”

As the hits piled up for Spector, his behavior became increasingly violent. When his 1966 hit “River Deep, Mountain High,” with Ike and Tina Turner stalled on the charts, he withdrew from music temporarily. The song is considered his masterpiece, and Rolling Stone ranked it No. 33 on their list of the “500 Greatest Songs of All Time”.

The reclusive Spector returned to producing in 1970, when The Beatles business manager Allen Klein brought him in to spruce up “Let it Be,” which had been recorded a year before during a tense time in which there was significant infighting that would ultimately lead to the Fab Four’s breakup. Spector met The Beatles when he joined their flight to New York from London on February 7, 1964. 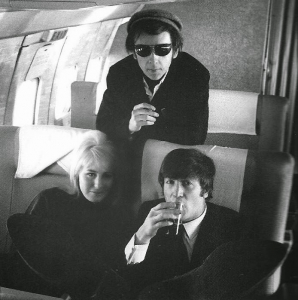 For Let it Be, Spector added dialogue from the rooftop recordings, assembled a 33-piece orchestra and 14 vocalists to overdub vocal parts and instruments onto “Across the Universe,” and “The Long and Winding Road.”

Paul McCartney was enraged by the results and was still dissatisfied more than 30 years later. In 2003, he took the lead on a new CD called  Let it Be ..Naked, which removed much of Spector’s embellishments, including the orchestra and some studio chatter. McCartney also cut “Dig It” and “Maggie Mae,” from the revised LP’s track listing then added the B-side of “Get Back”:  “Don’t Let Me Down”.

Spector would go on to produce for George Harrison on “All Things Must Pass,” which earned Spector two Grammy nominations, and with John and Yoko on the  “Imagine”  track and album, “Instant Karma,”and John’s “Rock ‘N’ Roll” album. It was during these sessions that Spector, who regularly brought drama with him into the studio and apparently was known to wave a handgun around, threatened Beatles associate Mal Evans with the firearm then shot it into the studio ceiling. Spector soon disappeared with John’s session tapes, which took Lennon a year to retrieve. Lennon ended up finishing up the album and releasing it as “Rock and Roll”. 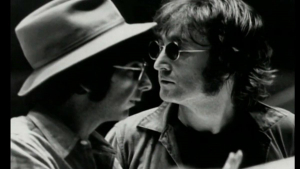 This August, Beatles fans will be treated to a pre-Spector reworking of the “Let it Be” documentary and and are also anxiously awaiting 90 minutes of never-before-seen performances by The Beatles at Twickenham Studios in January of 1969 where some some 56 hours of studio sessions which will be crafted into a 90 minute companion film called “Get Back” from Oscar winning director Peter Jackson.

Here’s a taste of “Get Back” recently released by Jackson and The Beatles.

Hear Ringo Starr talk to Joe Johnson host of Beatle Brunch, about what he’s seen from early viewings of “Get Back” footage here.